2006 NEWS:   Unless I get deluged with emails to the contrary, 2005 was probably the last year for the annual meeting of Awalt grads. Unfortunately the turnout was so small the past 2 years it made the efforts to organize it out of proportion to the turnout. Thanks to all who have come in years past!

2. Only one of the following 60's record artists ever won a Grammy. Which One?

3. In what year did the Post Office introduce Zip Codes to speed up mail delivery?

6. Mustang was the hot new car of the mid-sixties, how many orders were placed the 1st DAY
it went on sale?

7. The GTO is considered by many to be the first real muscle car. What year model was its
1st

8. What year did mothers get relief with Pampers being invented?

9. The Oldsmobile "4-4-2" does NOT stand for cubic inches, what model year was it
introduced

10. Which of these songs were made a hit by the Rip Chords

11. Which of these Beatle singles became the number one song of 1964?

12. Of these Presidents, who served the longest during the 1960's 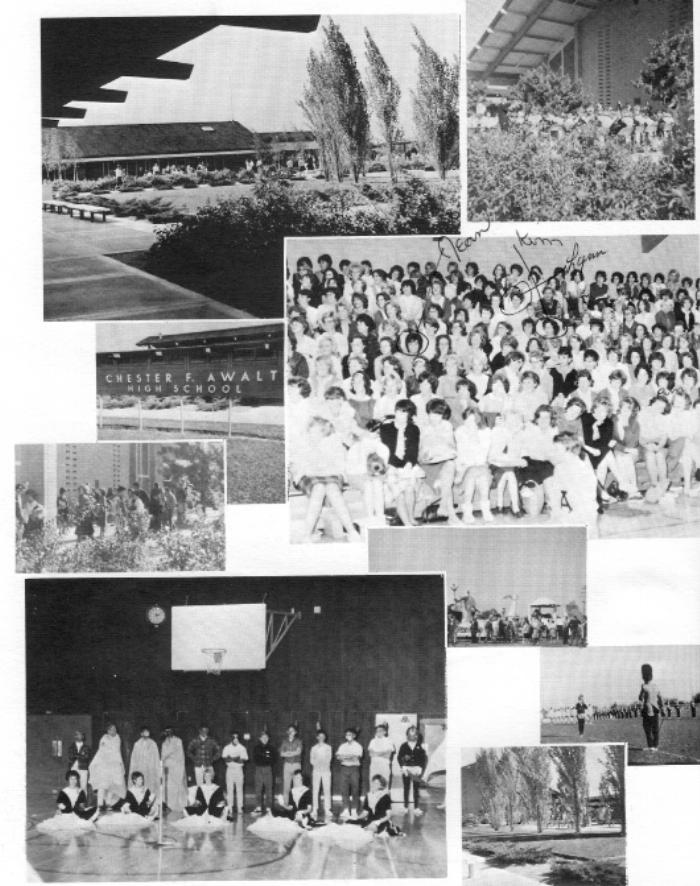 These questions were copied from http://www.cccvette.com/1960%27s-trivia.htm